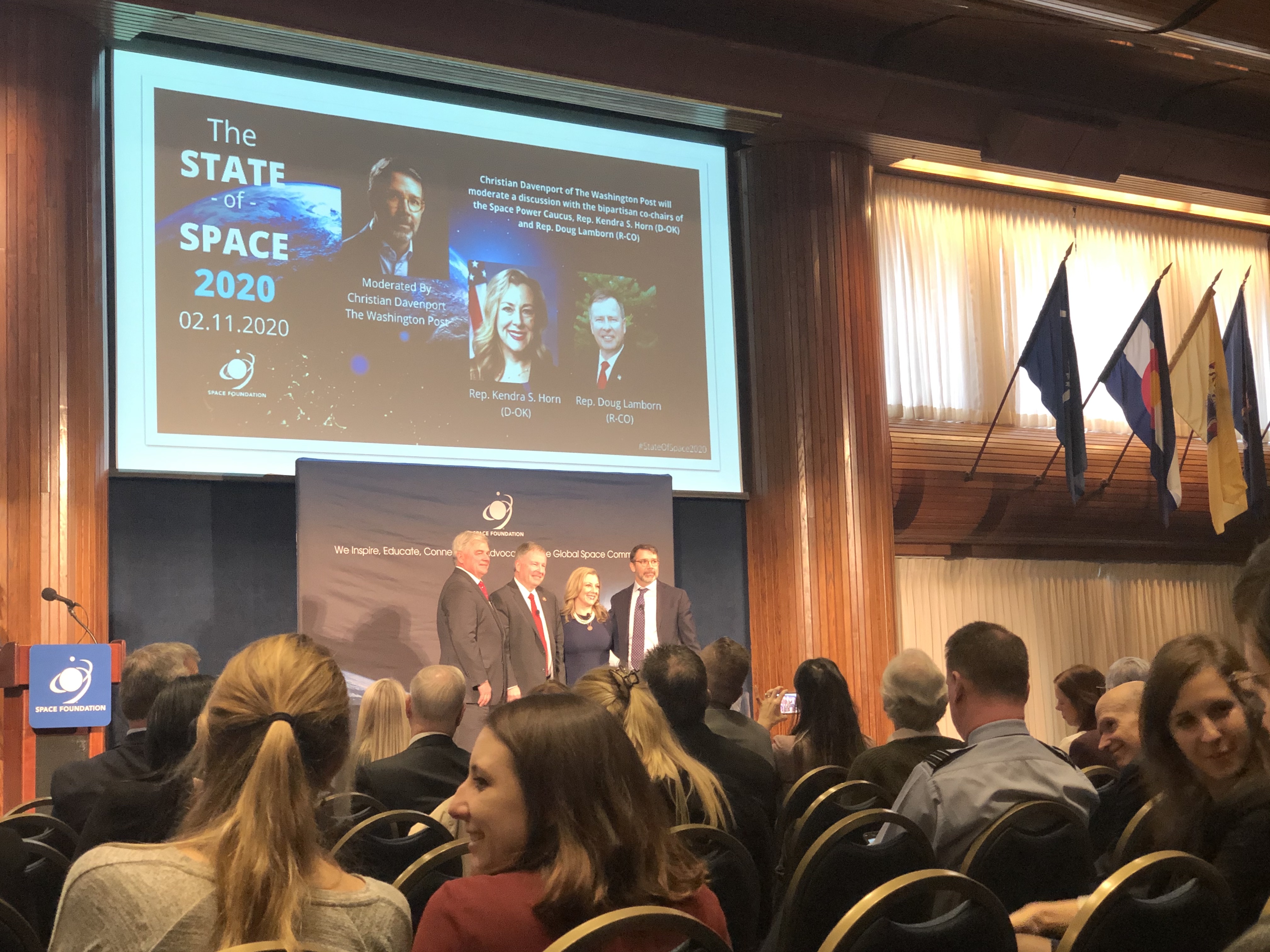 February 12, 2020 - This week, the Space Foundation hosted their annual State of Space event. I haven’t attended previously, but was able to register for a seat thanks to the recommendation of a business connection that loves Space. The event was hosted at The National Press Club in Washington, D.C. and featured an opening message from the President and two panels.

Before I get into a full recap, I want to highlight that the Space Foundation has a very strong message: “Space is for everyone.” Many of the speakers touched on this which really put an exclamation on how welcoming the community is.

The president spoke about how it is his genuine belief that there has never been a better time to be in the Space community, mentioning some notable statistics:

As interesting as these tidbits are, the most striking comment that he made was that the research and development efforts going into Space technology will also be applicable to solving humanitarian concerns that we still face here on Earth. An example he gave is that there is significant research underway with a goal to improve agriculture in the seemingly unviable environment on Mars. Progress toward this goal will also be able to be applied to communities who struggle to maintain their own food supply and must rely on other countries.

The first panel included Rep. Kendra Horn of Oklahoma and Rep. Doug Lamborn of Colorado. Both serve on the Space subcommittee and spoke about the importance of our Space program to National Defense, innovation, economy boosts, and described their biggest concerns as budget cuts and failing to educate/inspire our youth.

The second panel gave more of an industry view of Space technologies, including panelists from defense contractors, private companies, and even a space-technology based ETF. This panel also expressed concern about inspiring more people to enter the field because the need for skilled workers is only growing. They also spoke about emerging concerns in the Space community stemming from the fact that Space used to be a sanctuary where there were very few players and everyone was focused on exploration. However now, Space is becoming more of a contested arena: who will own what?

Overall, this event was fascinating. I couldn’t help but picture what cryptography and defensive communication strategies will be necessary as the technology develops. I can’t wait to participate in more Space events coming up, its innovative and has a clear connection to security technologies.